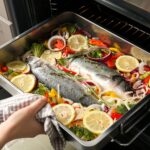 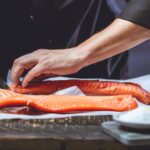 Fish Recipes That Are Simple To Prepare

There are a plethora of easy-to-prepare fish recipes available. According to experts, we should eat more fish. It’s a good source of protein, and many varieties are low in fat and calories. The main benefit, though, is the abundance of omega-3 fatty acids, which our bodies cannot make on their own. Omega-3 fatty acids can lower blood pressure, lipids, and inflammation, lowering your heart disease and stroke risk. According to research, eating one to two three-ounce portions of fatty fish per week will reduce your risk of deadly heart disease by 36%. 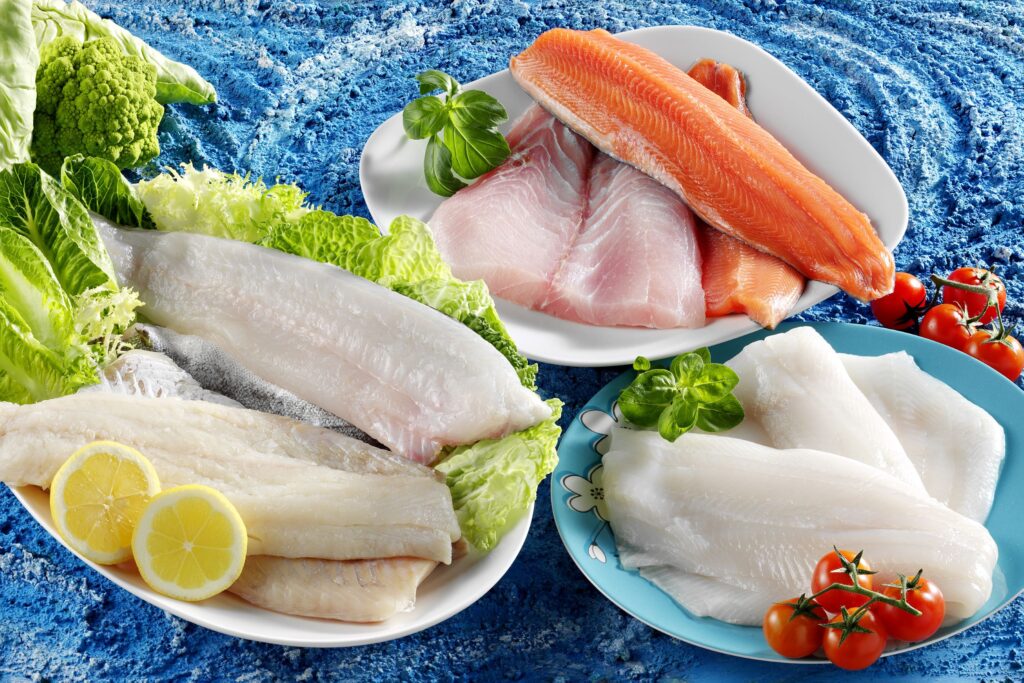 There’s a reason it’s a weeknight staple. Salmon is famous because of its versatility, ease of preparation, and mild flavour. Even fish haters will appreciate its delicate flavour, especially if it’s served with a creamy sauce, spices, or fruit salsa. Salmon can be oven-baked, pan-fried, slow-cooked, and grilled, much like other fish. It goes well with anything from a fresh salad to lemon spaghetti. When feasible, pick wild salmon over farmed salmon because it is lower in fat and higher in protein, vitamins, and minerals.
Salmon Burgers, Hemp and Walnut Crusted Salmon with Broccoli and Kimchi Cauliflower Rice, Salmon Noodle Bowls with Chili-Yuzu Relish and Pickled Radishes are just a few of the recipes available.

Another popular option is tuna, which has a moderate yet delicious flavour and is versatile. The light canned variety, usually skipjack tuna, is the leanest and has the lowest mercury content. The mercury content in bluefin, yellowfin, and white tuna (also known as albacore) is more significant, but not dangerously so—still, it’s safe to eat them all in moderation. Tuna steaks are perfect for searing in a skillet or grilling. Raw tuna is also commonly used in poke bowls and sushi.
15-Minute Mediterranean Couscous with Tuna and Pepperoncini, Buffalo Tuna Melt, and Spicy Brown Rice Seared Tuna Roll Bowl are some of the recipes you might try.

Tilapia is our go-to pick for folks who don’t think they like fish because of its mild fishiness and subtle flavour. Because of its bland natural taste, tilapia can easily be paired with various seasonings and flavours. It’s one of the lightest and most adaptable alternatives available, as well as one of the mercury-free. Tilapia is particularly well-suited to pan-frying, baking, and freezing. For fish tacos, ceviche, and fish and chips, it’s a popular choice.
Crispy Baked Fish Tacos with Cabbage Slaw, Parmesan Pesto Tilapia, and Baked Lemon Butter Tilapia are some available recipes.

COD
Firm, moderate, and somewhat sweet in texture and flavour

Look no further than cod if you’re looking for a low-calorie protein that cooks up quickly. Each three-ounce serving is under 100 calories and has only one gram of fat. It’s also abundant in phosphorous, which helps strengthen bones. Both Atlantic and Pacific cod are likely to be found at your shop; Atlantic is slightly drier, firmer, and sweeter than Pacific, which has a more delicate texture, but it’s only available from January to March. Cod is fantastic for baking, broiling, or frying, and stews and chowders with seafood.
Tomato-Poached Cod with Fresh Herbs, Bacon-Wrapped Black Cod with Spinach and Capers, Pan-Fried Cod with Orange and Swiss Chard.

At the shop, you’re likely to see red snapper cut into fillets with the skin still on. Red snapper can be baked, broiled, or poached like any other fish, but it’s incredibly wonderful when grilled or fried whole. Cut the fish in half and cut the sides for citrus, herbs, and aromatics, then wrap it in foil or banana leaves and steam or grill until crisp and cooked through.
Some of the recipes are Rodney Scott’s Honey-Butter Fish, Cajun-inspired Blackened Red Snapper, and Mediterranean Whole Roasted Red Snapper.