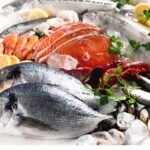 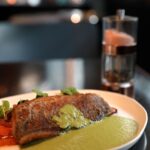 Bring the salmon en croute fish recipe up to chef level. Crisp puff pastry is covered in succulent salmon, cream cheese, and dill, with a pickled cucumber side. 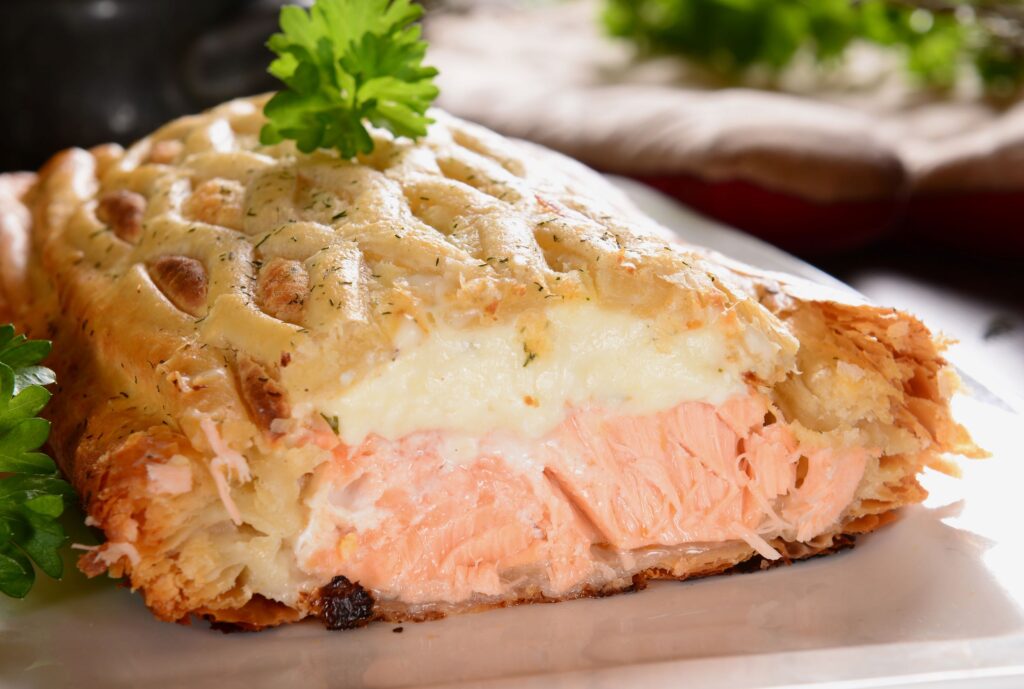 What does it mean to have salmon en croute?
Salmon en Croute translates to “salmon in a crust” in French. Croute means crust. Hence anything in a pastry crust is referred to as ‘en croute. It’s a terrific meal to double up on and make in bulk – save leftovers for later, but keep in mind that reheating in the microwave may leave the crust soggy, so be sure to reheat it in the oven the next day.

What do you serve with en croute salmon?
Fresh green beans or peas, Provençal tomatoes, and buttery, salted new potatoes go well with this nutritious and filling main dish.

STEP ONE
Combine the salt and sugar in a basin the day before you wish to assemble the en croûte. Scatter half of the salt mix on a tray, then place one of the salmon fillets skinned-side down on top and top with the remaining salt mix. Sprinkle the remaining salt mixture on top of the second fillet, skinned-side up. Place another tray on top of the first. Refrigerate the tray for up to 48 hours, or at least 12 hours, after weighing it down with a couple of tins (the longer you leave it, the firmer the salmon will be).

STEP TWO
Unwrap the salmon fillets, rinse them in cold water, and pat them dry with kitchen paper before assembling the en croûte. In a mixing bowl, combine the watercress, cream cheese, dill, lemon zest and juice, smoked salt (if using), and a good pepper grinding. Set aside.

STEP THREE
Using parchment paper, line a baking tray. Half of the pastry should be rolled out on a lightly floured surface to a diameter 2.5cm bigger than the salmon fillet, then draped over the lined baking tray. Place one of the fillets, skinned-side down, on the crust and spread with the cream cheese mixture, then top with the second fillet, skinned-side up. Brush a little of the beaten yolk along the edge of the crust. The rest of the dough should be rolled out to fit, then draped over the salmon and tucked in at the sides. To seal the edges, trim them and crimp or push with a fork. Brush the en croûte with beaten yolk, chill for 30 minutes before using a spoon to make a scale-like appearance along the top of the dough. Refrigerate for 24 hours or at least another 30 minutes.

FINAL STEP
Put the cucumber and onion in a bowl to prepare the pickle. Bring the vinegar, sugar, and a bit of salt to a boil in a saucepan. Pour the sugar over the vegetables, stir well, and set aside after it has dissolved. It can be prepared and stored in the refrigerator for up to two days. Serve the en croûte in six servings with pickled vegetables on the side.