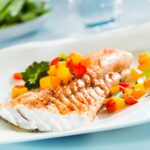 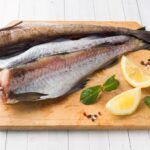 From fried calamari to seafood risotto and stuffed squid, make the most of this unusual seafood with our squid recipes. If you’re looking for squid fish recipes, you’ve come to the right place. Do you want the most fabulous calamari in town? You can also check out our seafood recipes click the link.

When does squid season begin?
The squid season runs from July to December. Between August and September, squid is at its peak.

Squid with salt and pepper recipe 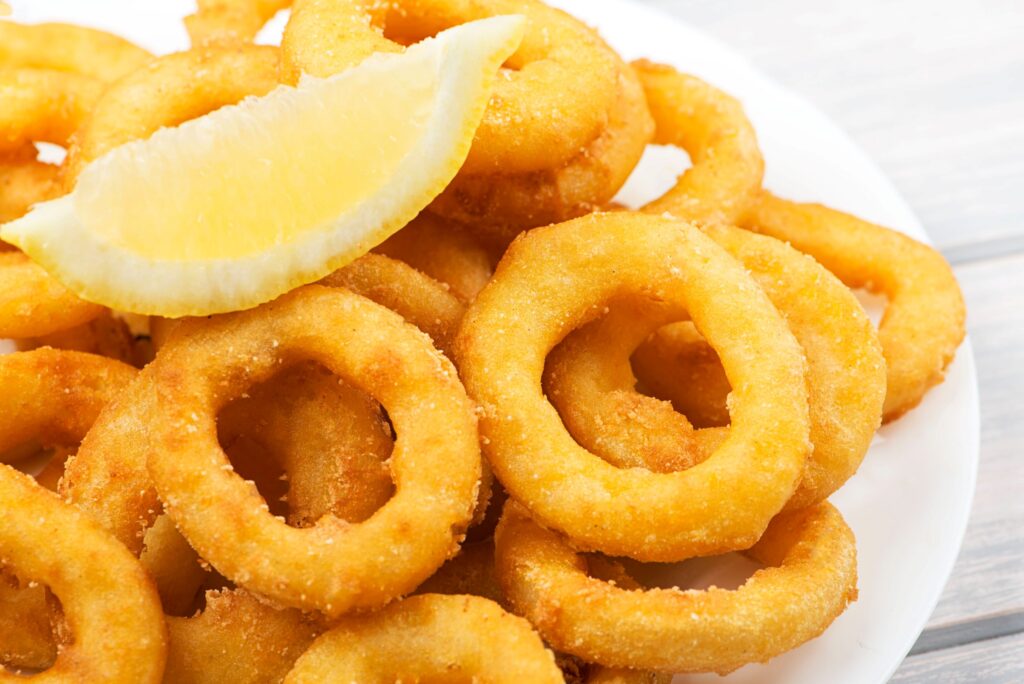 This lightly flavoured salt and pepper squid dish is a fail-safe appetizer to serve at any dinner gathering.

Method
In a deep frying pan, toast all the peppercorns for 30 seconds over high heat, then crush with a pestle and mortar with the salt. In a mixing dish, whisk together both flours, then add the peppercorn mixture.

Squid tubes should be cut down one side and opened like a book. Use a sharp knife to lightly score the insides of the squid in a crisscross pattern without cutting all the way through, then cut into bite-sized pieces. Cut the tentacles into pieces of similar size.

In a heavy-based pan or wok, heat a 5cm depth of oil until it reaches 180°C on a thermometer. Add the squid to the flour mixture until all of it is covered. Shake off any excess and carefully drop into the heated oil, working in batches if necessary. Fry for 2-3 minutes, or until golden and crisp, then drain on paper towels.

How should you serve squid?
Serve the squid plain with lemon wedges, or heat 1 tbsp oil in a wok over high heat till hot and stir-fry the spring onions, ginger, and chillies for 30 seconds until gently brown. Toss in all of the squid to mix. Serve in a serving bowl with a bit of additional sea salt sprinkled on top. 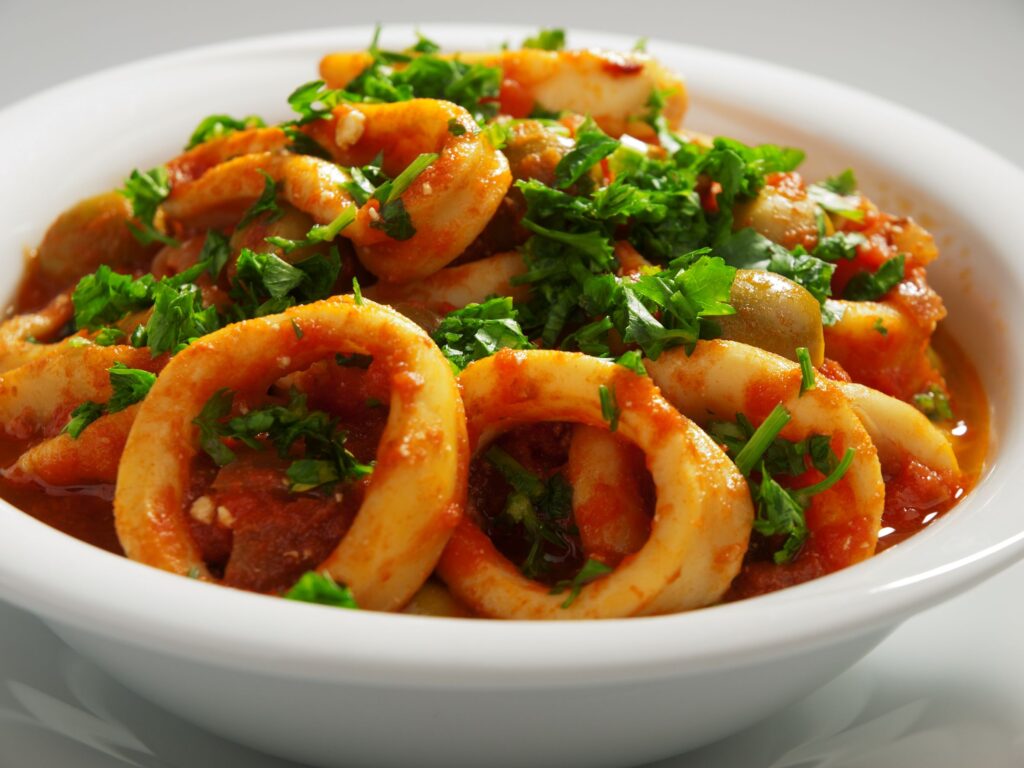 Method
In a large pan, heat the oil and cook the peppers and onions, stirring periodically, for 20-25 minutes, until very soft and tender — add a splash of water if they start to catch, as you don’t want them to take on too much colour. Fry the chorizo and, if used, the chilli flakes for 5 minutes or until the sausage releases its oil.

Simmer for 2 minutes after adding the thyme, garlic, and bay. Stir in the vinegar and sugar until the sugar is completely dissolved. Pour in the passata, then swirl a little water through the jar and pour it in as well. Season with salt and pepper, and reduce to low heat.Stir in the squid, cover, and simmer for 1 hour on low heat. Add a dash of water to cover the squid. After an hour, check to see whether the squid is soft not mushy.

Add the butter beans
Fold in the butter beans and season with salt and pepper to taste; the sauce should be sweet and sour. Simmer, uncovered if necessary, to slightly thicken the sauce. Cook for an additional 10 minutes, then add the parsley and serve with crusty bread or salad.